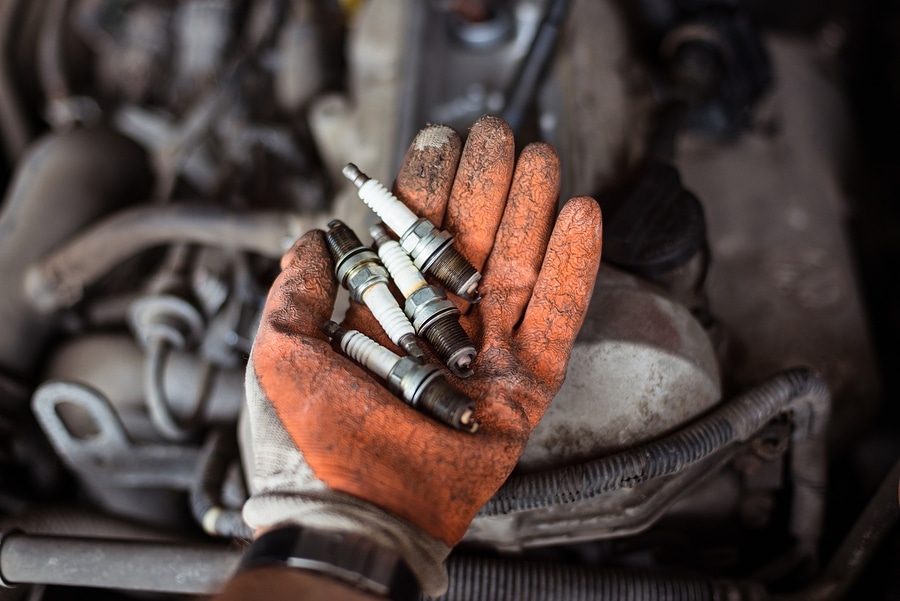 What Does It Mean If My Car Shakes While Idling?

What Does It Mean If My Car Shakes While Idling?

You’ve just started your car, and while it idles in the driveway, the engine shakes and rumbles. Something feels off, but what’s the problem? In short, this common symptom you’re experiencing is a “rough idle.”

A rough idle can be an indicator of several issues, and there are several ways to know if your idle isn’t right. A car that’s having idling problems will show several symptoms, including:

Suspect you have a rough idling car? You’re probably wondering what might be causing this issue. The truth is there are many different reasons, some more serious than others. Ultimately, though, if your car shakes while idling, feels bouncy, or the RPMs are inconsistent, take your car to a mechanic for a closer look.

My Car Shutters When I Turn It On

When your vehicle is in park, or your foot is on the brake, it idles at a consistent speed. This rotational speed allows the engine to generate enough power to operate vital components without turning off.

The idle speed should feel consistent without skipping or slipping. In most of today’s cars, an idle speed of 600 to 1000 RPMs is average. If your car is idling rough, though, it won’t feel smooth. The RPMs will jump up and down, for example, or they’ll fall below 600 RPM (or whatever is typical for your vehicle).

In other words, take note of when your vehicle shakes during idle, as well as any sounds. This can help your mechanic identify the problem.

Possible Reasons Why the Car Is Idling Rough

A long list of systems, components and electronics can cause a rough idle. That makes diagnosing the root cause challenge, especially if you aren’t sure where to look. That’s why it’s recommended to see an experienced mechanic if your car idles roughly.

Ultimately, everything from the ignition and fuel injection systems, to valves and pistons can cause a rough idle. A few of the most common components include:

What to Look For: A rough, inconsistent start, bouncy idle and a lack of power when accelerating.

What to Look For: Idle RPMs will usually drop below 600 RPM or whatever is typical for your vehicle. The idle speed feels slower than usual.

What to Look For: A bad fuel pump can cause difficulty when starting the vehicle, a rough idle, and stalling.

What to Look For: In addition to rough idle, random misfires, difficulty starting, and a car that won’t start are common symptoms.

What to Look For: A lousy temperature sensor results in rough idle during cold starts. Once warm, the problem may be less noticeable.

What to Look For: Rough idle is one of the first symptoms to appear, followed by sputtering on acceleration or even stalling, as the problem worsens.

What to Look For: Rough idle, slow acceleration, sputtering or a lack of power on acceleration are all symptoms of a leak in the vacuum system.

What to Look For: In addition to rough idle, reduced fuel economy, knocking noises, and slow acceleration may also be present.

What to Look For: Your car may struggle to turn over and will idle rough once it does.

When Is It Time to Go to a Mechanic?

A rough idle can be annoying, but it shouldn’t be ignored. This is often one of the first symptoms of a deeper problem. So when should you take it in for diagnostics?

If the car idles roughly consistently, it’s time to bring it into the mechanic. Also, if you’re noticing other symptoms in addition to a rough idle, you might have more severe problems. Some related symptoms to watch for include:

Bottom line, a rough idle is often a sign of something wrong going on with your car. In most cases, if you’ve experienced this symptom more than once, it’s best to have your car inspected to find the underlying problem.

If your car is idling rough, don’t hesitate to give us a call: 410-828-5750. Hollenshade’s Auto Service provides complete auto repair services in Towson, MD. Schedule an appointment today by phone or online.