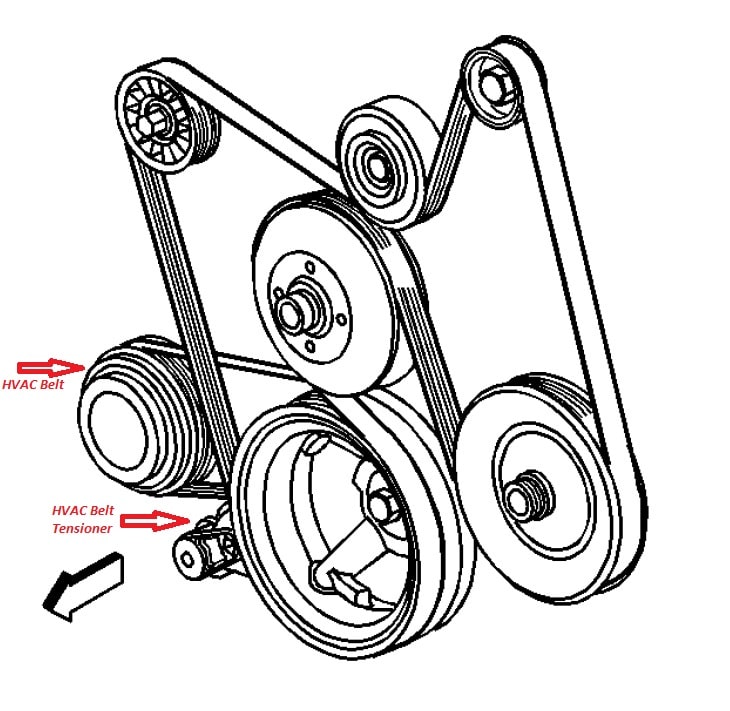 Why Does My Engine Squeal When I Turn it On?

You start your car in the morning, and as soon as the engine fires up, you notice a loud, high-pitched squeal. When you accelerate or make a U-turn, the squealing gets louder and more pronounced.

What’s causing your engine to squeal?

Although there are a few causes of a squealing engine, one of the most common is a bad or failing serpentine belt. The serpentine belt – or drive belt, as its also known – plays a vital role in the engine. The belt drives many of the engine’s accessories, including the alternator and power steering pump. Therefore, when a serpentine belt goes bad, these accessories stop working.

Think you might have a bad serpentine belt? A telltale sign is that the engine squealing comes from the front of the vehicle and that it persists. Belt squeaking is also especially pronounced when accelerating, on startup, and when making a U-turn. The noise is loud and sounds like a squeal, loud chirp, or squeak.  If your vehicle squeals when braking, on the other hand, that’s most likely a brake issue, rather than a belt.

This article outlines some other problems you might notice if your belt is squeaking and ways to tell if your serpentine belt is failing.

How to Tell If My Serpentine Belt Needs Replacing?

A lousy belt is hard to miss. You’ll notice the high-pitched persistent squealing as soon as you start the engine. And when you accelerate suddenly, the squealing gets worse. On rainy days or during those humid summer days, you notice a greater frequency in the squealing. Unfortunately, a failing belt usually doesn’t turn the check engine light on, and therefore, you’ll want to watch out for the signs and symptoms.

Beyond the high-pitched squeal, a failing or bad serpentine belt also causes other noticeable issues. They include:

Today’s cars have strong, durable serpentine belts, and they typically last between 60,000 and 100,000 miles with little required maintenance. Over time, wear and tear can take a toll on the belt and the pulleys, which often results in that high-pitched chirping sounds when you start the car and accelerate.

The most common serpentine belt problems include:

Does the Noise Go Away After Warming Up? In cold weather climates, a serpentine belt may squeal on unusually cold days. This is because the belt is stiff and brittle. Often, though, the squealing stops after its had time to warm up. If you notice a squeal that dissipates after warming up and that’s not present on warmer days, the squeal might be weather-related.

Is It Safe to Drive with a Squealing Belt?

When the serpentine belt breaks, the vehicle may become inoperable, which would require an expensive tow and add to the overall repair costs. Plus, since the belt powers the power steering pump, a loss of pressure could result in heavy steering, which presents a safety risk when driving.

That’s why it’s recommended that the serpentine belt is replaced early when the squealing symptoms are first noticed.

Although it may be safe to drive with the squealing for a few days or weeks, the belt will eventually need to be replaced, and for safety, the earlier it’s repaired, the better.

What Is the Cost to Replace a Serpentine Belt?

A serpentine belt replacement is a relatively low-cost engine repair. The belts are usually reasonably accessible in the engine, and therefore, they’re easier to replace (e.g., fewer labor costs). Plus, a serpentine belt isn’t a costly part, most price between $30-$80.

Overall, the cost to replace a serpentine belt can vary depending on your vehicle’s make and model. Here’s a quick ballpark estimate of what to expect:

Therefore, a total replacement cost is usually in the range of $150-$250, although some vehicle makes and models might cost more to replace. This is because some engines have two belts which the additional belt is normally used to drive the a/c compressor. In addition, your vehicle may require a stretch fit belt over a “v” type construction instead of the normal belt tensioner. Special belts may require more labor, so contact us to get an accurate price quote.

Think your serpentine belt is failing? Or need to diagnose an engine squeal? Hollenshade’s Auto Repair Service has served Towson, MD since 1939. We provide expert auto service for all vehicle makes and models. Call us today (410-828-5750) or schedule an appointment online.