In 1939, on the same spot where Starbucks currently sits at the northwest corner of York Road and Burke Avenue, across from Towson University, C. Lee Hollenshade Jr. opened a Texaco gas station. Moving from west to east across Towson over 80 years and three different locations, the family-owned and -operated auto service business remains rooted in the community it serves.

C. Lee Hollenshade III worked with his father during the World War II era while a student at Loyola High School, from which he graduated in 1944 before joining the Navy. After the war, C. Lee Hollenshade III, returned to the business and eventually inherited the station from his father. In 1972, Hollenshade’s, with the younger Hollenshade having brought two of his four children, Tom and Tim, on board as part-time workers while still students, moved to the corner of Goucher Boulevard and Putty Hill Avenue. Five years later, the expanding business headed about 2 miles northeast, settling at 1501 E. Joppa Road, where it still operates today.

We all rely on our vehicles to support our families in many ways. We also understand that unexpected repairs and breakdowns create stress. We pledge to support drivers and families maintaining their vehicles in a manner we would desire for our loved ones. We promises to diagnose all auto repair problems in an honest and professional manner. The team at Hollenshade’s provides accurate evaluations and estimates and we always stand behind our work.

Aside from our service and repair business the Hollenshade’s brand supports a multitude of local organizations, charities, and initiatives in the greater Towson area. We support both public and private academic institutions, including The Student Support Network. We also have a long-term history supporting faith based institutions, including the Archdiocese of Baltimore and the School Sisters of Notre Dame.

Accurate diagnosis and quality workmanship are delivered by our expert staff using proper tooling and factory specifications. When you choose to allow the team at Hollenshade’s to address your car maintenance or repair needs you will receive accurate estimates and the information necessary to make the most informed decision about your vehicle. Once approved, all maintenance and repair tasks are completed in a timely manner to get you back on the road fast and safe.

Tom is a third-generation owner. He has two children Tracy and Evan. Tracy is an alumni of Goucher College and now works as a science teacher at Loyola Blakefield. She is married with two children. Evan graduated from Villanova and works as an electrical engineer. He has recently completed a master of science degree in engineering. Tom is an avid outdoorsman and enjoys spending his free time on the water. He is a seasoned fisherman and enjoys catching a Sunday night dinner out on the Chesapeake Bay. See Tom’s page HERE.

Tim is a third-generation owner. He has four children Danielle, Tim, Kelly, and Chad. All have graduated four-year universities and his two daughters work in healthcare as RNs. He enjoys many outdoor activities including mountain biking and landscaping. To learn more about Tim CLICK HERE!

Tim Jr. is the fourth-generation Hollenshade to work in the service center. He is an alumni of The Johns Hopkins University in Baltimore. To learn more about Tim Jr. CLICK HERE!

Avon has been on the team at Hollenshade’s for 25 years. He specializes in scheduled maintenance and tires. He is the proud parent of three children and has two grandsons. His youngest daughter recently graduated from the University of Maryland, College Park, and now works at the Kennedy Krieger Institute.

Dave is the most musically inclined of the Hollenshade’s team. When not working on cars he enjoys riding his Harley Davidson motorcycle and playing bass guitar in a local band. He has two children, Sierra and Kasey, who both still live locally. He specializes in drivability and performance diagnostics and repair.

Pat has been on Hollenshade’s team for 15 years and has over 30 years of automotive repair experience. He has 4 daughters and 6 grandchildren. He specializes in steering and suspension, brakes, and hydraulic systems. To see more of Pat in action CLICK HERE!!!

Ken is one of the newest members to join the team at Hollenshade’s. He is a veteran mechanic with over 25 years of experience. He has extensive knowledge of both Ford and Chevrolet makes and models. His experience is derived from time spent in dealerships for both manufactures. He is the proud parent of three girls. He enjoys spending time with his family and working on his modified Ford Mustang. To see Ken in action CLICK HERE.

Jay is one of the most experienced members on the team at Hollenshade’s. He has over 40 years of experience in the automotive aftermarket. Most of his time is spent on brake and cooling system diagnostics and repair. In his free time he is an ardent fan of NHRA drag racing.

Paul is one of the newest members to join the lineup at Hollenshade’s. He is a graduate of the Automotive Technologies program at Catonsville Community College. For a hobby he is restoring a 1969 Ford Mustang. Presently he specializes in scheduled maintenance, tires, and brake repair. To see more of Paul in action CLICK HERE!

Christian is the most recent addition to the team at Hollenshade’s. He is a local Loch Raven Raider. He currently specializes in scheduled maintenance, brake service , and steering/suspension repair. As a hobby, Christian enjoys modifying two competition vehicles for drifting events. To learn more about Christian CLICK HERE!

John has worked side-by-side in the office with Tom for 8 years now. He has over 30 years experience in the automotive aftermarket and is an expert in supply chain management. He is a graduate of Loyola University in Maryland. He has two children Sean and Stephanie. Sean works locally as a logistics manager for UnderArmor and Stephanie is a teacher in York, PA. 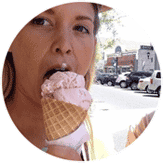 " best place in baltimore to take your car! family owned and great people all around! always go above and beyond! alot of love for these guys!!! 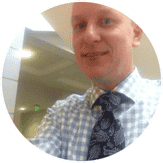 " Very honest I just recently went back to have something checked out. Turned out to be something minor. The free wifi was nice while I waited for my car to be serviced. 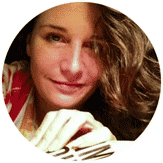 " For the record: Tom, Timmy, John and the entire Hollenshades crew are the best!! In over thirty years, my family and I have never been disappointed 🙂 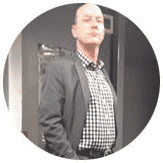 " It was a real pleasure dealing with Hollenshade's Auto. I've been searching for a great mechanic for quite sometime now. The friendly staff as well Hollenshade's competitive rates will definitely have me coming back! Thanks Again!

Our expert staff and supply chain ensures repairs are completed in a timely manner.

We give an accurate estimate and information to make an informed decision about your vehicle needs.

Identifying a problem and completing the repair properly the first time provides you the greatest value.