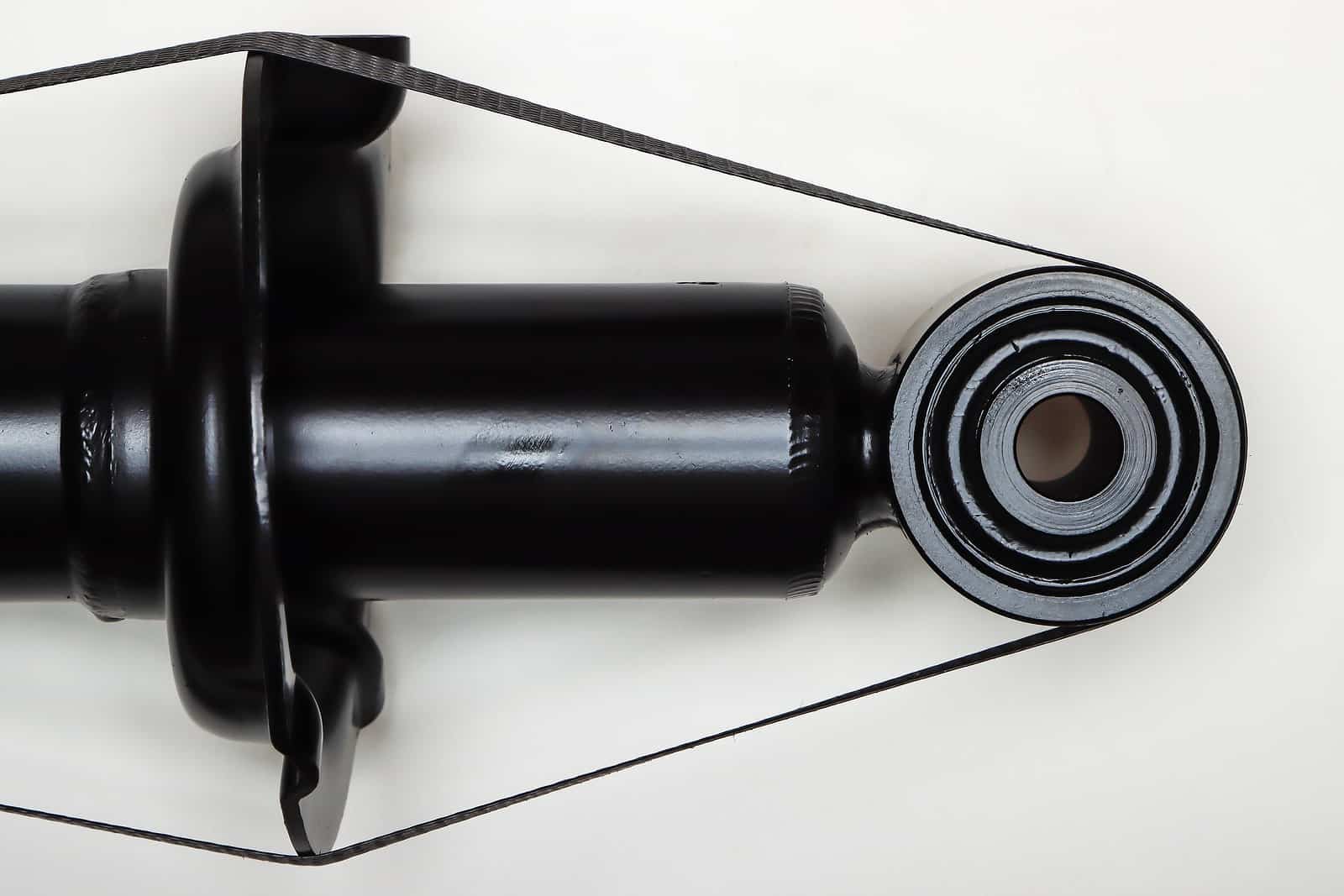 What You Should Know About Shock and Strut Mounts

Shocks are one of the most overlooked components on modern vehicles. All of us can take for granted how amazing vehicles of the last few decades ride and handle compared to generations past. Shocks and struts are largely responsible for the performance we now appreciate. Properly functioning shocks and struts are also a major contributor to braking/stopping distance, emergency handling and collision avoidance.

Under normal conditions on a smooth road, shocks can cycle an average of 1,700 times per mile traveled. Every time the wheel and tire react to bumps and motion in the road, the shock and spring is cycled. During a cycle, the piston will move, and the valving inside the body will pass fluid from one side of the unit to the other. During this cycle, the spring is compressed then extended. The most common shock and strut configuration on modern vehicles is called the MacPherson strut. The forces on a MacPherson strut’s spring and damper are transferred into the upper strut mount. The strut mount must absorb and dampen forces transferred from the wheel/tire while also preventing noise, vibration, and harshness (NVH) from transfer into the vehicle body and passenger cabin. On most applications, the strut mount also acts as a pivot point on which the strut assembly turns with steering input. To accomplish this, the strut mount has uses ball bearings and plates to ensure smooth movement.

Signs That a Strut or Strut Mount are Failing:

When it is determined that shocks and struts are to be replaced, the next decision is to what extent the repairs should be pursued. For most makes and models a ‘loaded strut’ is offered by many major suspension equipment manufacturers. A loaded strut includes the shock, spring, and strut mount. If one part of the suspension system has already failed, and the vehicle has age and/or mileage, it may make sense to replace the assembly as a complete unit. Also, sometimes corrosion prevents the shock and spring from being separated without damaging additional components. A loaded strut offers an option that will return the vehicle to an almost new ride and handling condition at only a moderately greater cost. Another scenario that can drive the selection of loaded struts is a redesigned structure. If a vehicle is popular, but had problems with the original design, OEM quality aftermarket manufacturers can offer a redesign that may outperform or outlast the original units.